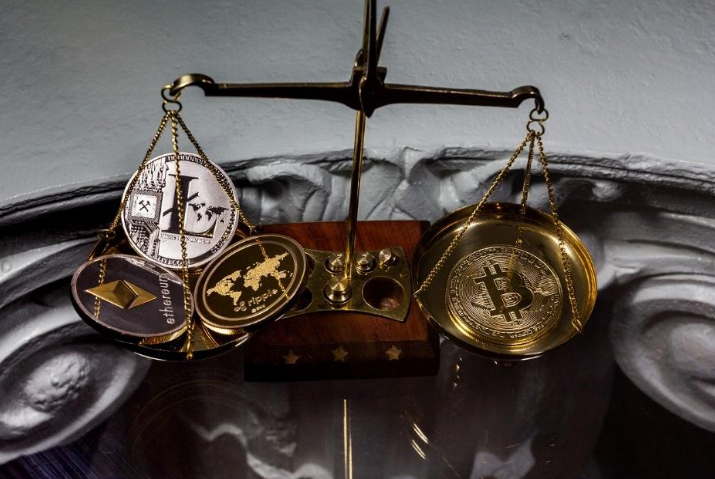 Here we go with big Ethereum news. Ethereum is transferring its economy into a new network, which is Ethereum 2.0 or Eth2.

The Ethereum network has been popular since it was launched, and its transaction volume has increased since then. Therefore, it is the most awaited upgrade to the network. The Eth2 release date has been a highly discussed and hot topic in the world of blockchain.

This upgrade promises to solve the problems of the previous version. Version 2.0 will change the consensus algorithm from proof of work to proof of stake, and there will be an increase in the transaction throughput using sharding technology.

The transition to Eth2 is complex, risky and will take a fair amount of time, but the shard chain and new consensus promise to provide fair improvements.

The multiple delays in the release of the upgraded version have aroused a lot of curiosity about the opportunities it will offer. To know all about Ethereum 2.0, do read the complete blog.

Before we get into the details of Ethereum 2.0, you must know what Ethereum is. So here we go: 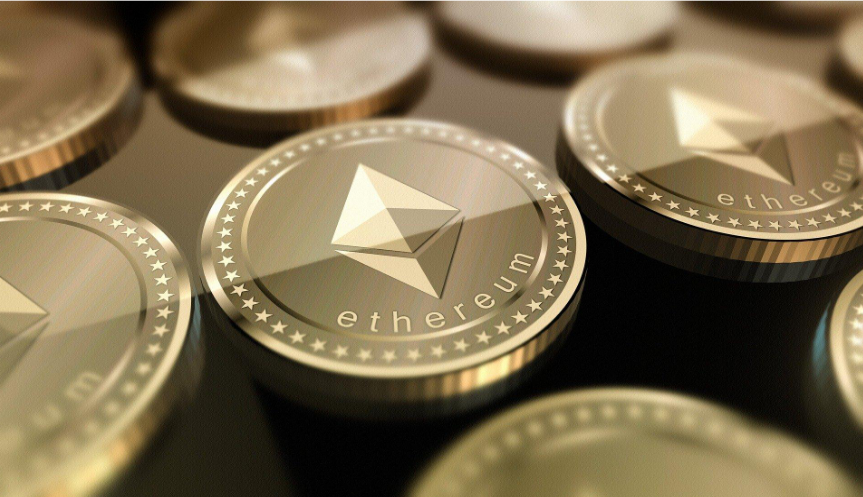 Ethereum is the second-largest cryptocurrency platform, after Bitcoin. It provides open access to digital money and data-friendly services for everyone, and it uses blockchain technology to create and run secure and decentralized digital applications.

The network enables its users to make transactions directly with each other to sell, buy, and trade goods and services.

The idea of Ethereum was brought in late 2013 by Vitalik Buterin, a cryptocurrency programmer and researcher, and it was released on 30 July 2015.

For a transaction to go through, it needs to go through a validation process, which is known as mining. For validating each block, the miner provides a mathematical proof known as “proof of work”.

Ethereum 2.0 is also known as Eth2 or Serenity. It is the most awaited upgrade to the Ethereum network. There’s been a lot of hype around this upgrade, and it has been trending for months. Eth 2.0 is expected to improve how Ethereum blockchain processes transactions and support its growth and development. Version 2.0 will allow more transactions, reduce energy consumption, and it will make transactions more secure.

This upgrade won’t take place in one go; instead, there will be three stages of it, that is Phase 0, Phase 1, and Phase 2.

The first stage of Eth2 is called Phase 0; is planned to launch in 2020 with “Beacon Chain” in implementation. The rest two phases will be launched in the following years.

Phase 0 is basically the launch of Beacon Chain. During this phase, the Beacon chain will be tested and launched. Beacon chain is known to be the heart of Ethereum 2.0’s Proof-of-Stake system.

Eth1 requires a full node for validation of all transactions and for storing the entire state of Ethereum. So every full node is engaged in managing all the economic activities taking place on the network.

It becomes challenging to store the world’s economic activity on every single node as Ethereum aims at hosting economic activity worldwide. So over time, Ethereum is becoming less decentralized, and it is also reaching transaction capacity limits.

Other proof-of-stake mechanisms which are non-sharded, have thousands of validators, but Eth2 is designed in such a way that it can bear a minimum of 16000 validators. In Eth2, shards will overcome these limitations by coordinating and finalizing data with the help of a beacon chain. And the Beacon Chain uses Proof-of-Stake for validating shard data.

PoW means one needs to perform work to earn the rewards for validation of a block. It is a requirement to define an expensive and comprehensive computer calculation. And this work is known as mining. Mining helps in avoiding double-spending and in creating new digital currencies by rewarding miners for the previous task performed. PoW algorithm is run on computers, and that uses a high amount of energy, which is costly.

Transactions are put together into blocks. Miners need to verify the transactions within each block by solving a mathematical puzzle, which is known as a proof-of-work problem. The first miner who solves block problems is appreciated by giving a reward. And these verified transactions are stored in the blockchain.

Phase 1 or the second phase of Ethereum 2.0 is expected to launch in 2021. In this phase, shard chains will be tested and launched. This phase will focus on validity, construction, and consensus on the data of shard chains.

Currently, in Ethereum, every transaction needs to be verified and executed by every Ethereum node. This has become a bottleneck because it makes the network too costly and slow. Sharding increases the efficiency of Eth2’s resource usage in a big way. It breaks data verification tasks in sets of nodes, and each node will verify only the data received by it. It separates large databases into smaller and manageable pieces of data. It will also add more nodes, which will make transactions faster. These Shard Chains will allow Ethereum to process several transactions simultaneously. There will be 64 shards in phase 1, which can be added over time.

The current state of every shard gets recorded in the beacon chain block, which is known as a crosslink. After the finalization of the Beacon Chain block, the correlating shard is considered to be final. Without crosslinks, the Beacon chain will treat shard chains as a collection of bits with no meaning or structure at all. So crosslinks are how Beacon Chain understands the updated state of shard chains.

In phase 2, the functions of the entire Eth2 will come together. Ethereum WebAssembly (eWASM) will replace the Ethereum Virtual Machine (EVM). EVM runs on all network nodes that facilitate smart contracts use. It makes Ethereum’s blockchain a global computational device. EVM can execute complex transactions, run games, and operate social networks.

Eth2 will use eWASM, the web assembly language on the system. eWASM will be a big improvement over EVM. It will allow programmers to choose the languages (like C++, Rust, and C) in which they want to write code for running blockchains. It will increase the number of potential programmers as it will also allow those users who don’t know the Ethereum-only language, and it will allow the execution of Ethereum code in today’s web browsers.

Transformation of shard chains from just data containers to smart contracts and structured chain states will be introduced in the market. Every shard will manage virtual machines that are based on eWASM. Shard chains will support state, contracts, accounts, and more.

Phase 2 will also introduce the concept of ‘Execution Environments’ or EEs. EEs in shard can be created in any way the developer wants to, like an EE for a Libra style system, an EE for UTXO style chain, and an EE for a fee market relayer, and so on. This phase will endow the shards with eWASM as EVM 2.0. 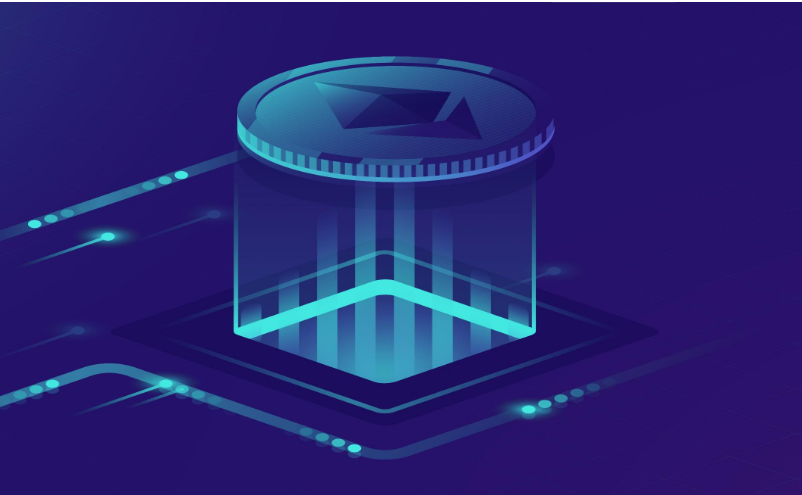 Ethereum 2.0 has been a highly awaited upgrade that will facilitate mass adoption by helping transitioning real-world applications onto Blockchain technology. As explained, Ethereum 2.0 will be more efficient than Ethereum 1.0.

Proof-of-Stake will make mechanisms completely virtual, and it will be greener and cheaper than Proof-of-Work. Sharding will increase the efficiency of Ethereum 2.0 in a big way, and it is expected to make transactions faster. eWASM will increase the number of potential programmers because it allows programmers to choose the language they want to write the blockchain code in.

Ethereum 2.0 will increase efficiency, security, and scalability. The upgrade won’t impact any transaction records, data history, and asset ownership of the Ethereum 1.0 (Eth1) chain. The Eth1 PoW chain will run parallel to the new PoS shard chains. Eth2 will evenly distribute demand for transactions across nodes reducing network costs and increasing the speed of transactions.